What even IS a lay curate?? 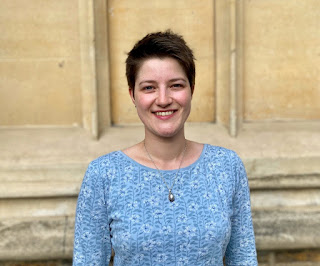 This is a post that was first drafted, I don't know, about a year and a half ago, maybe. It's been sitting here, and every so often an idea has occurred to me to think about later, so I've opened this draft up and popped the idea in, creating a list. Now I've started as a curate (though as a lay licensed minister rather than a deacon) so I'll have to stop simply adding things to it and then forgetting about them, and instead post it in the hope and intention that I will start doing them.
I've got three categories here. The first is 'personal', and it is the longest. Now, on a vocations blog, you might think such a list would focus on more religious things than anything else, but I'm here to show you the reality. All the gumpf one encounters on the discernment hamster wheel is very religious, and so is a lot of the training. Sure, this is a good focus, and should be the groundwork that such a process gives candidates. But my experience has had a wider impact on the unreligious parts of my life, and, to be honest, I'm not surprised there is not a lot of attention or guidance to these areas, because of course this is the part that makes every vocation story different.
There is no standard story. I have been incredibly frustrated over the last five years (wait, five years?!) by the vague tone of almost every piece of guidance and advice, as all I wanted was some concrete how-tos and a reassuring roadmap. Sadly, this was never going to happen, and it's only now that I can see it. There is no how-to, there is not a roadmap beyond the vague guidance. Said vague guidance is the only content that it is possible to give to everyone, because ultimately they're not going to have a universal experience. Some will have similar patterns and some will overlap, but many will not.
No two vocation stories are the same, and some are incredibly, wildly different. I mean, just look at me and my brother. We shared a lot in a 16-year window of our stories, then mine went through drama school, lodging in London, working at a church, theological college, and then becoming clergy. His (to give a very inaccurate and brief overview) went through a normal uni degree, moving back home, training to be an MMA fighter, working for a shop, then in an office, becoming a coach as well as a fighter, and then also getting a normal part time job.
You might not believe me, but there are other curates in the Church of England right now whose story has as much in common with mine as my brother's does ie. not a lot. Even if one shares a general vocation to something like 'priesthood', no two vocation stories are the same, and some are incredibly, wildly different.
Anyway, so one of the reasons for the disparity of vocation stories is the personal context. Different backgrounds, life structures, responsibilities, financial situations, personalities, priorities and values lead to a wonderful variety of clergy lives. My life as a clergy person is unique, and that is mostly due to the personal context, not the religious.
Okay, enough waffle, here's my first list.
Personal

Posted by Georgina at 13:52 No comments:

Georgina
Anglican curate, late 20s, white British, cisgender, bisexual. I feel like a good word to sum up who I am and what I do is 'Facilitator', and overall, my life revolves around stories, and story telling.

Video: a month in Johannesburg 2018

This is the final instalment of posts about my series of adventures over the summer. The first was a vlog of my pilgrimage to the Holy Land ...

Guide to Church of England Discernment